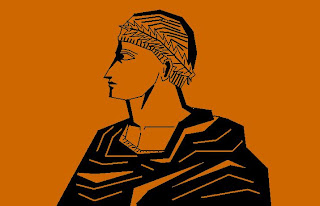 Ovid, who we briefly mentioned on Episode 3 the Mesolithic Podcast, was born as Publius Ovidius Naso in what is modern day Abruzzo, Italy on the 20th of March in the year 43 BC. He was of the equestrian class, the second tier of the nobility, and of rather high standing family ties. Originally he studied rhetoric to become something of a lawyer, but upon the death of his older brother, decided to use rhetoric to become a poet and began to travel abroad. During his life he would have three wives, literary success, disapproval by the powers that be and exile, all of which fueled his poetic genius. His most noted works are The Heroides, The Amores, Ars Amatoria and Metamorphoses. A non-history buff can skip The Heroides, Ars Amatoria and all the other works, but The Amores and Metamorphoses should be on every body's bucket list for different reasons. Other readers should take on all of Ovid's works. They are truly delightful and anticipate any satire to come after him.

The Amores is a five volume set of poetry, of which we only have three volumes today. It should be read for the pure enjoyment of Ovid and his hilarious advice in love. His quotes like, "All love is vanquished by succeeding love", "Blemishes are hid by night and every fault forgiven; darkness makes any woman fair", "love is a kind of warfare" and "neglect of appearance becomes men" make for truly fantastic reading even today. His sarcasm makes me seem downright kind and cheerful.

Metamorphoses, while full of this delightful sarcasm, should be read for another reason. First, it is masterfully written. Second, it gives an early glimpse of proper propaganda and its uses. Third, it gives an excellent account of Roman and Greek mythology from the mind that is perceiving Greek and Roman thought from an internal perspective. We push our agenda on ancient cultures. It's hard not to. But, we've done well this summer so far.
Posted by Christopher Linehan at 9:09 PM